These awards provide the opportunity to thank coaches for their dedication and recognise their achievements and this is a wonderful way to raise the profile of the contribution of curling’s volunteers. The Royal Caledonian Curling Club would like to congratulate each recipient and is pleased to provide more about their achievements below.

Within the club, the juniors participate in the RCCC Skill Awards programme which is a series of 6 progressive awards. Campbell encourages juniors to play in competitions both locally at Moray Leisure Centre, and nationally at Under 14, Under 17 and Under 21 Slam events, supporting them to develop their game skills.

Campbell is completely dedicated to developing junior curling in Moray and is thoroughly deserving of the award; congratulations!

Alan has demonstrated outstanding officiating commitment to curling through umpiring, educating umpires and mentoring umpires from Level 1 to Level 5.

Alan first started curling in 1986 with Nairn Curling Club, Inverness and still actively curls. He got involved in umpiring after a short spell coaching and until he recently retired from his work as a GP, he used his annual leave entitlement for many of his umpiring commitments.

He educates and mentors new umpires to the game, helping to develop a more skilled workforce of umpires within Scotland whilst also playing an active role on the RCCC Umpire Committee and RCCC Rules Committee, making recommendations for adaptations to rules and new rules for consideration in the ever evolving game. He is hugely supportive of educating players, parents and coaches, and was recently involved with delivering a joint RCCC / sportscotland workshop on ‘The Role of a Sporting Parent’ which has been very well received.

Alan umpires at a number of international events arranged through the World Curling Federation which keeps him up to date with the latest technologies and allows him to continue practising & gaining further umpiring experiences to share. Over the past year, he has been Chief Umpire at the 2015 Scottish Curling Men’s Championship (pictured in action below) and the 2015 World Curling Federation European Championships in Denmark. He has gained immense respect from athletes and coaches worldwide for the manner in which he deals with umpiring matters for all clubs, teams and individual members.

One of Alan’s most notable achievements was his appointment as Chief Umpire at the 2014 Winter Olympic Games in Sochi, Russia – an honour and a credit to Scotland. Alan is an inspiration to everyone who has the opportunity to work with him and he is thoroughly deserving of the sportscotland technical officiating award. Photos ©

Marion has been involved with curling since 1972 and is well known amongst the curling fraternity for her devotion to the development of the sport. Her bubbly, energetic character and her will to help others to develop their skills has led to many people getting a huge enjoyment from curling.

She has coached hundreds of juniors from their early introduction into the game up to national championship level with 2014 Great Britain Olympians Anna Sloan and Claire Hamilton being just two of the many who have gone on to win medals on the World and Olympic stage.

Marion is a popular coach at the annual RCCC Junior Camp to which she brings lots of fun and energy. She has a particular passion for the junior development aspect of the game and after her husband Matt sadly passed away, Marion instigated the establishment of the Matt Murdoch Curling Foundation, giving juniors within Scotland the opportunity to attend the Trillium Curling Camp in Ontario, Canada. As well as having been RCCC Ladies President from 2002-2003, Marion has also represented RCCC on Tour and highly values the friendships that can be made both at home and abroad, and this is something she is keen to see continue amongst the next generation of curlers. 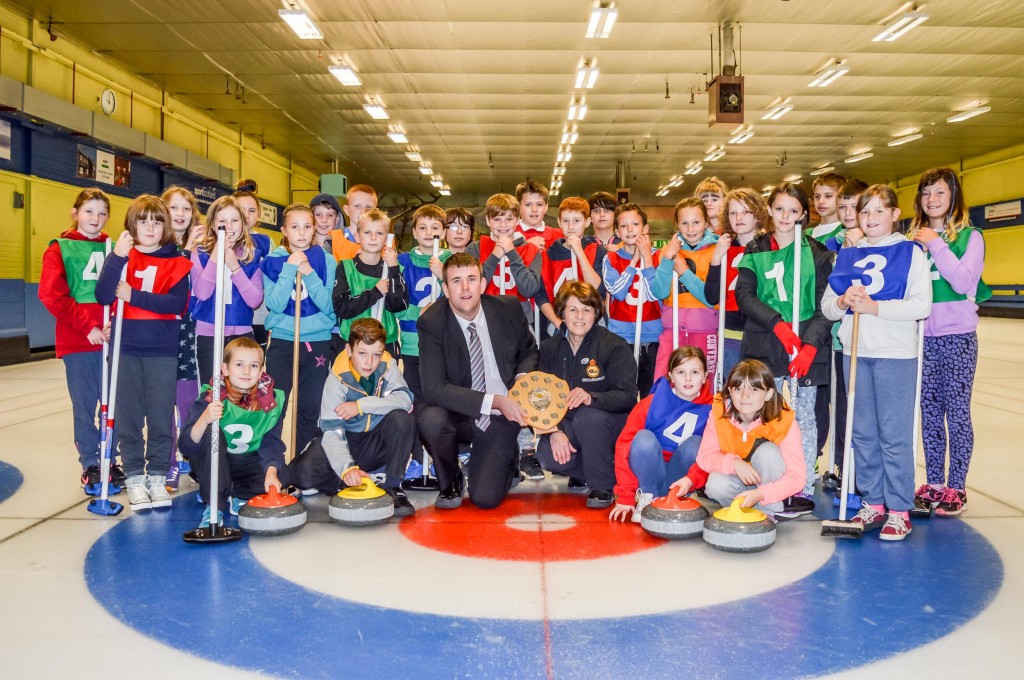 Congratulations to Marion on her sportscotland awards and good luck for the upcoming sports coach UK Awards taking place on 1st December for which Marion has been nominated. The prestigious sports coach UK awards are now in their 18th year and raise the profile of coaches and the role they play in encouraging participation, performance and excellence.