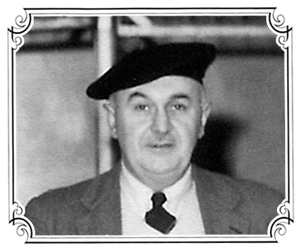 Was an active member of Nairn Curling Club from 1934 until 1971, when he retired from his dental practice and moved away from Nairn.
He was made an Honorary Skip of the Club in 1973, a position he held until his death in 1988.

He was chairman of Nairn County FC during their glory years in the late 60's and 70's. He was a man who not just took part in community sporting activities, but got others involved too.