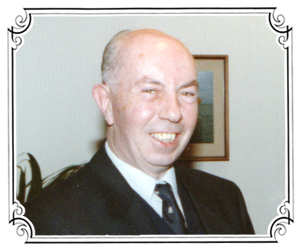 A quiet unassuming lad but with an eye for detail certainly in curling administration but I understand taken from his working life with the J&B Whisky brand.

David came from Edinburgh but started curling after moving to Glasgow in 1965, playing mostly at the Crossmyloof and Greenacres rinks with Lynn CC and latterly at the Summit Centre with Partick CC.
In 1980 David moved up to Speyside still with J&B and joined the Fochabers club playing out of Grampian Province in Aviemore. (You had to be hardy to do that.)

When the Moray Leisure Centre Elgin opened in 1993 Fochabers CC and a number of other clubs moved from Grampian to Moray Province.

Now this is where Moray scored, David became the first match secretary of the extended Moray Province and with his knowledge and experience it was a seamless transition and for the next 7 years he administered the match secretaries position with due diligence.

As well as serving Moray Province he represented Area 10 as Junior and Senior Representative to the Royal Club from 1998 to 2002.

Out with Royal Club duties he served on the Highland Week of International Curling Committee for ten years from 1993 to 2003.

David did his fair share for curling administration over the years and was a keen keen curler and for that we Honour him.