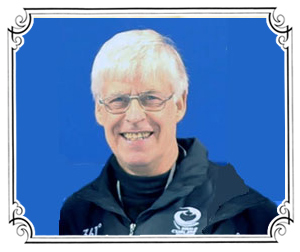 Further appointments by the World Curling Federation followed and then in 2010 he was given the honour of being invited to officiate at the highest level in the sport as Deputy Chief Umpire at the 2010 Vancouver Olympic Winter Games.

Championships he has attended including eight as its Chief Umpire, as well as umpiring at many Scottish Championships.

He has also been very involved in the administrative side of the sport serving on both Scottish Curling’s Umpire and Rules Committees, the latter as its convenor for the past 10 years.

More recently he has been assisting the WCF in the development of a World Curling Academy whose aim is to increase the education and support available to both present and future umpires.

In 2017 his ‘Service to Curling’ was recognised he was awarded an MBE in the Queen’s Birthday Honours List.