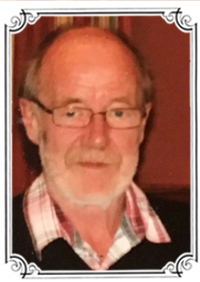 Graham came to Moray from the Borders in the 1980s only having curled a couple of times however during a Round Table curling outing here in Moray the sport got him “hook line and sinker.”
Graham was a member of Elgin Curling club where he is very active both on and off the ice, he joined Elgin C.C. when you did not just go for a game of curling but also depending on the weather got involved with some hairy late night journeys home from Inverness and the Aviemore Ice Rink in particular.

Graham as a person is a doer and a giver and so we are very fortunate that he took on the post of Match Secretary of the Province from another stalwart Graham Kerr Nairn C.C. in 2002 a hard act to follow, however Graham G rose to the challenge and has complete control of all Province curling, Leagues, K.O., Visiting clubs, Tourists you name it Graham has it in hand.

Graham is a Made Curler and boy does he enjoy these events the only hurdle on these nights out is the walk from the tarred road to his residence “it’s a ditch at the side of the road” say no more leave the rest to the imagination.
As match secretaries go Graham G is up there with the best, tries annually to be accurate and on time with all he does and I am sure the Province is not looking for a replacement match secretary any time soon which obviously applies to the Province curlers who voted Graham for the “Achievement Award”.

N.B. Graham was taken from us suddenly in January 2013. While still Match Secretary.