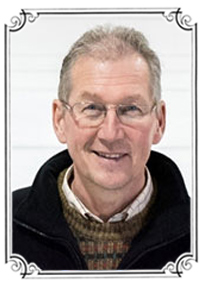 Campbell able assisted by the coaching team deliver weekly coaching sessions for the 41 juniors on a Wednesday night sharing his and his assistants knowledge and providing junior curlers with a great learning experience.

Within the session the juniors participate in the RCCC Skill Awards programme – a series of six progressive awards, Campbell also encourages juniors to play in competitions both locally at Moray Leisure Centre, and nationally at Under 14, slam events, which is paramount in them developing their game skills.
As well as the junior beginners Campbell plays a major part with other coaches bring on older juniors who are continually getting experience at a higher level and play in the Moray Province Leagues, Area 13 bonspiels, various club bonspiels locally and in the Under 17 and Under 21 Scottish Slams throughout the Scottish Ice Rinks.
Quote from a parent.
“He has an outstanding way of dealing with kids at their level - he is one of them! Lorna Carter’s son James (14) has benefitted from Campbell’s coaching talents for more than five years. “Campbell fills the kids and parents with enthusiasm for curling,” she said. “He has the ability to make players believe in themselves and that they can and will play for their country one day! But most of all, he lets them be themselves and enjoy the game, so they want to impress him and do well.”

During all this Campbell and the other coaches are keen for adult curlers, clubs or organisations to come forward for coaching to try curling or to improve their deliveries or tactical understanding, basically the session will be delivered to suit the participants.