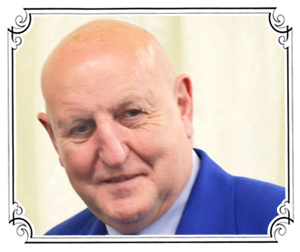 The Committee granted honorary membership to Alan Durno for his contributions to curling within the Moray Province. (AGM minute 2015)

Allan runs a successful family farming enterprise which is beef and cereal based.
He has been involved in the sport of curling for 40 years.

For 4 years he was R C C C. representative for Area 10 (Highland and Moray) also holding down the position of Competitions Convenor for R C C C over 3 years.

Following his term on the area standing committee he was appointed Vice-President and then elected President of the Royal Caledonian Curling Club.

Alan is also on the Organising Committee and Bonspiel Convenor of the Highland Week of International Curling which is held annually in Inverness.

During his term as President of the RCCC Alan travelled thousands of miles at home 2 trips and abroad 10 trips including the trip to Sochi Russia to cheer on all the Scottish curlers representing Team GB, (Quote “The Highlight of my term”)

Alan said he landed lucky by gaining his presidency during a year when the Winter Olympics and Para Olympics and World Championships are staged.