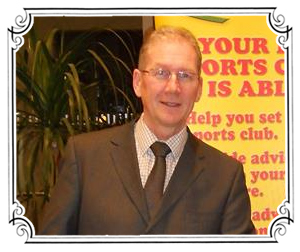 Campbell has been curling with Forres Curling Club since 1980 and has been secretary of the club of which he is an honorary member. He has always been passionate about the sport. He is very proud that his rink was a finalist in the finals of the Scottish Championship, with the winners representing Scotland in the World Silver Broom event in 1985

Campbell joined MPCDG in 2010 is a past chairman of the group, and was one of the founder members of Moray Junior Curling Club. He has been the lead coach in the Moray area since then and gained his Level 2 qualification in 2011.

Currently jointly leads the coaching for the Moray Junior's and assists with coaching Try Curling, Wheelchair, Beginners and the Moray Virtual Club.

He has completed the courses for umpiring, wheelchair and stick curling, was a member of the steering group to change the Skills Awards for Scottish Junior Curling of which he is an assessor.

Over the years he has won many awards including the Moray Province Ice Diamond Award 2013,  Sportsmoray Young Persons Coach of the year, 2015 Highlands and Islands Sportscotland young person’s coach of the year and was nominated for the UK Watermans Sports Ambassador in 2019.