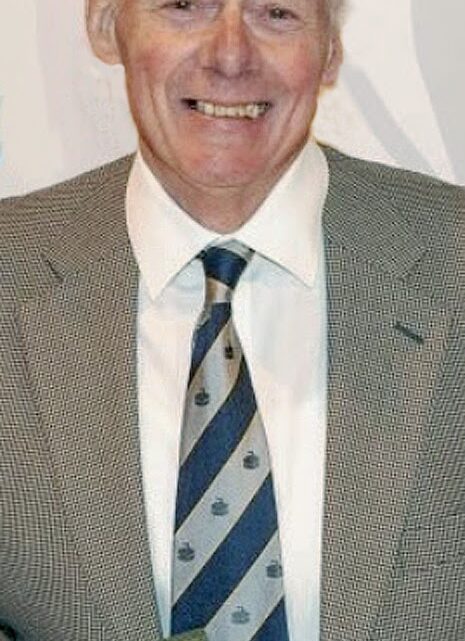 Everyone who knew him will be saddened to learn of Bob Pottie’s passing on December 3rd.

Bob was always a pleasure to play for, or against, and then to socialise with afterwards. He was the epitome of a true curler. He joined Nairn in 1960, his father having been a member since 1928. Both left to join Dalcross in 1961, before setting up Dalziel Curling Club in 1963. Dalziel had an outdoor rink at the farm, but the Club folded in 1972 and Bob re-joined Nairn in 1973. He was also a member of the Wengen Curling Club.
Bob served as President of Nairn from C.C. 1986 to 1988, and as Moray Province President from 1989 to 1991. Nairn CC elected him an Honorary Member in 2010. In 2018 he was awarded a medal from the Royal Caledonian Curling Club for 50 years membership. He loyally supported Margaret, his wife, during her term as President of Ladies Branch R.C.C.C.

Curling was not his only interest. He played golf, and football for Nairn County FC in his younger days. He was an Honorary Member of The Nairnshire Farming Society. He will be missed by the wider community and the Club offer sincere condolences to Margaret, Stuart, Neil, Gillian and their families.

Bob may have played his last stone and sung his last song, but his memory will remain.

Thanks to Nairn C,C. for the above tribute to Bob